New article has been published in Nature Communications: 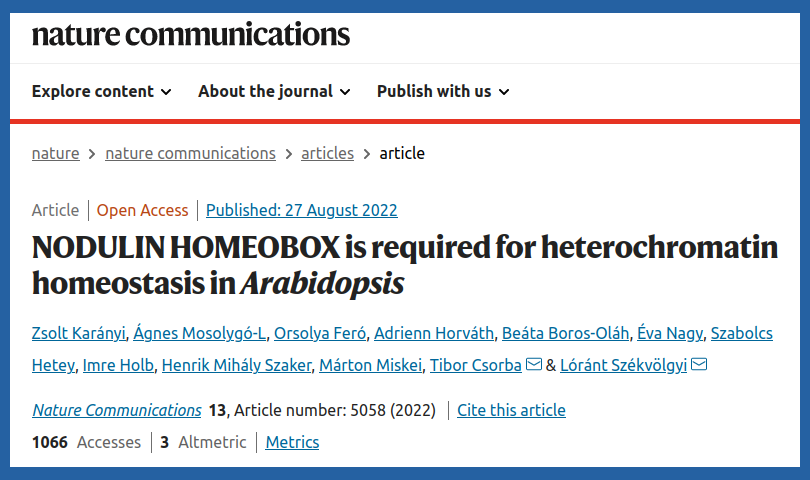 Abstract. Arabidopsis NODULIN HOMEOBOX (NDX) is a nuclear protein described as a regulator of specific euchromatic genes within transcriptionally active chromosome arms. Here we show that NDX is primarily a heterochromatin regulator that functions in pericentromeric regions to control siRNA production and non-CG methylation. Most NDX binding sites coincide with pericentromeric het-siRNA loci that mediate transposon silencing, and are antagonistic with R-loop structures that are prevalent in euchromatic chromosomal arms. Inactivation of NDX leads to differential siRNA accumulation and DNA methylation, of which CHH/CHG hypomethylation colocalizes with NDX binding sites. Hi-C analysis shows significant chromatin structural changes in the ndx mutant, with decreased intrachromosomal interactions at pericentromeres where NDX is enriched in wild-type plants, and increased interchromosomal contacts between KNOT-forming regions, similar to those observed in DNA methylation mutants. We conclude that NDX is a key regulator of heterochromatin that is functionally coupled to het-siRNA loci and non-CG DNA methylation pathways.

Posted in News | No Comments »